Nicolae Breban The Only Way

Still, when beheld closely or, you know, like some impressionist oil, from a short distance, this man looked like a real painting. He knew it too, although he was aware that not everyone could appreciate him in this way or, well, in a few other situations that were to his advantage, highlighting at least some of the qualities he was fond of, which is why he was looking for, how shall I put it? A… good viewer, a careful, unrushed contemporary, who would be less concerned than others with their own ambitions or momentary interests. Someone who would have that patience, he himself talked about, to… get out of oneself if only for the sake of contemplating with a certain amount of attention what was before his very nose: an old, slightly chipped plate, which he had no longer looked at since childhood, a child, a landscape, a painted landscape, albeit inexpertly. Or someone who was in front of him, someone he would not have hastened, with a rudeness betraying only mediocrity, inner insecurity, to cast into a category, as a philosopher might say. An object, a being, simple in appearance, like a non-elderly person, a landscape that looks familiar to you before you can gaze at it, a man who, out of ignorance or, you know, out of fine craftiness, as was the case of this old man of mine, called Steiner, who hid inside a ready-counterfeit image: that of a still lucid old man, autonomous, probably, in his intimate needs, having exited from existence, from our life, the tumultuous life of those who fidget here and there, to avoid nullities; who almost never understand a great deal, but pounce on you with their worthless pretenses, with their ridiculous, rude vanities. It started, to my praise, to attract me, then even to captivate me, in a sense, this game of cat and mouse, ha ha, we both had the ability, the instinct to exchange, from time to time, our roles: I would pretend to be the cat during the first sessions, and then he conceded to me, to use one of his terms, this privilege – was it really a privilege? – then he turned, slowly, gliding along his bearings, into a discreet inquirer, always untrue, I mean he did not ask me those questions I wished he would ask, but others, which were secondary, to my mind. They were indeed quite unimportant in that sense, and for a while I slightly despised Steiner for making us waste our time on futilities. Later, much later I began to understand him, that is, to look at him. He wanted, first and foremost, not to be listened to, but looked at; not to be understood, but contemplated, he wan

ted his existence to be accepted in a sense, once more, by someone, in this case, by me. And, for that, the old man was right, I would have to be, first of all, formed. Not in his spirit, oh, I believe I was too impatient and crude to be formed according to his expectations, but, say, to be put in a certain mental position, placed at a particular angle of thought optics so that I could, more or less, observe him. I was right to accuse him of a certain arrogance, but in an altogether different sense than the hasty, rude one he had expressed himself, Steiner, yes, he had that arrogance – which he shared with few of those around him, of whatever age or pretenses – of being! Of existing fully, with the same rights as our own, of the others. He would not accept being removed from existence, like any old man, like any very old man, but claimed a prominent, privileged place on the narrow screen of our diurnal contemplation. In this sense, he was truly proud, which must have been inconvenient, of course, for any rushing individual, disillusioned with all kinds of interests storming in heaps upon him, and I’m sure his pride also came out in relief during his regular meetings with others: allowing, that is, only some edges or vertices without particular relevance to transpire out of himself. To me, with me, however, he apparently endeavored, from the very first hours, with patience, fine craftiness, and false indifference to my interests, not to break contact, not to drive me away. In fact, I would have been able, eager as I was then, in those years, to rapidly quench my intellectual cravings, my physical ones, and to draw compelling conclusions about what was happening to me, what I saw, read, and to run away after the first meetings. I had no patience with him, although he helped me then, and I realized that in fact I didn’t have enough patience with myself. No one will ever understand a young man with his anger, his fears, of and towards existence, as well as of himself.

We are speaking here about those young men endowed, after adolescence, with that ounce of paranoia that makes them wish for an extraordinary destiny. Or that ounce of schizophrenia, if you will, that helps them question the world, its unity, its being, the existence of its meaning or of the gods. Perhaps, ha, ha, certain only of their existence, of those whom other beings called Gods, in days of yore!

♦ Excerpt from the novel

■ “I find that great literature was not written, after 1989, by those who had gained power, in culture, under the victorious label of postmodernism, but by lonely writers, regardless of generation, irrespective of whether some of them got the stigma “out of date” attached to them. Nicolae Breban, let me say this from the start, has given one of the great books of modern and transmodern Romanian literature, almost a testament-book in that regard. (…) The Only Path is one of the most lucid books that have ever been written, the synthesis-masterpiece of Nicolae Breban’s work, sustained through an exceptional narrative tension. (…) The Only Path is one of the great transmodern novels in the cynical/kynical version.” (Theodor Codreanu).
■ “I believe that a great writer like Nicolae Breban deserves more attention than he has received over the past twenty years, when he has relentlessly set out to do what he has always done, regardless of the period, regardless of his social situation: to write. Like any great creator, Breban has always had the power to establish, through his writing, despite the blatant appearances, normality.” (Bogdan Creţu).
■ “Born in 1934, Nicolae Breban has continued, since his literary debut in 1957 and the publication of his first novel, Francisca, in 1965, to be a prominent presence in contemporary Romanian literature. (…) The author of so many volumes, he also proved outstanding civic courage when, less than two years after his election, exclusively for cultural merits, as an alternate member in the Central Committee of the Romanian Communist Party (August 1969), he publicly disavowed in Paris the Ceauşescu regime for the dogmatic cultural “theses” of July 1971. On that occasion, he resigned from his position as editor-in-chief of the main local literary review, România literară (Literary Romania). He refused, however, exile and returned to Romania, bearing with dignity the consequences of his gestures of disobedience in the name of a free writer’s consciousness…” (Ion Ianoşi).
■ “The great novelist is equally an original and subtle essayist, poet and playwright. N. Breban is, above all, one of the great novelists of Romanian literature of all time, the most important of our current novelists, synchronous, through the forms and substance of his fiction, with the most significant contemporary world literatures.” (Marian Victor Buciu).

■ Nicolae Breban, a Romanian novelist, essayist, poet, playwright, and journalist (born in Baia Mare on 1 February 1934) is one of the most important Romanian novelists. The Breban family took refuge in Lugoj, where the writer’s father operated within the Greek Catholic Diocese (1940-1941). In the Banatian town, Nicolae Breban began his secondary and high school education. Because of his “unhealthy” social origin, he was expelled from the

penultimate class of the “Coriolan Brediceanu” High School in Lugoj. He was an extramural student and then graduate of the “Oltea Doamna” High School in Oradea (1952), after having got hired as a clerk in this city. He intended to enroll in the Polytechnic, but was forced to train first as an apprentice in the former “23 August” Factory from Bucharest, where he worked in welding and lathing, becoming qualified then as an iron turner. He enrolled in the Faculty of Philosophy, “forging the documents,” as he confesses in Violent Confessions, but was kicked out after six months (1953). His readings from Nietzsche and Schopenhauer had, in fact, made him suspicious to Dean Athanase Joja. He became a student in German at the Faculty of Philology in Cluj, which he abandoned after one year. Then, at his father’s insistence, he made an attempt to study law (1955-1956). He made his literary debut in the review Viaţa studenţească (no. 5, from May) with the sketch The Lady in the Dream (1957). He was, along with Nichita Stănescu, one of the most outstanding representatives of the 1960s’ generation.

He became an alternate member of the Central Committee and, when he was in Paris, he presented his resignation in Le Monde (1971, the July Theses), protesting thus against Ceausescu’s personal dictatorship. The novel The Annunciation was brutally attacked: “After long delays and much hassle due to the communist censorship, the Junimea Press from Iaşi saw the publication of The Annunciation, a novel written between 1972 and 1974. The book had been refused, one by one, by the Cartea Românească and Eminescu Publishing Houses. This ‘exceptional novel,’ as it had promptly been characterized by Nicolae Manolescu, ‘written with verve, sarcastic, grotesque, stylistically inexhaustible and original,’ was crowned with the Writers’ Union Prize. After publication, the novel was vehemently incriminated in the RCP Plenary of 28-29 June.” An excerpt from the brutal onslaught against the novel and its author, which was uttered in the RCP Plenary by Titus Popovici and was followed immediately by attacks in the major cultural and party sheets against the same Brebanian masterpiece, The Annunciation, was inserted into the fourth edition of the novel (Paralela 45 Press, 2002). The same novel features in the top ten novels of the twentieth century in a survey initiated by the Observatorul cultural review (no. 45-46, 3-15 January 2001).

He was relegated to social marginality until 1989, being one of the most viciously attacked writers under the dictatorship.

His novels have been translated into Swedish, French, Russian, English, Bulgarian, etc. He has had three novels published by the prestigious Flammarion Press, Paris: When the Masters Are Away (1983), The Annunciation (1985), and Don Juan (1991). 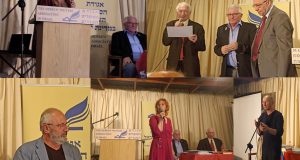 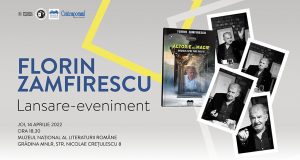 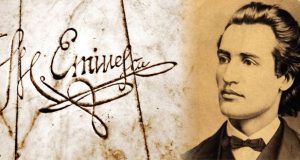 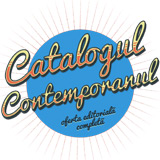